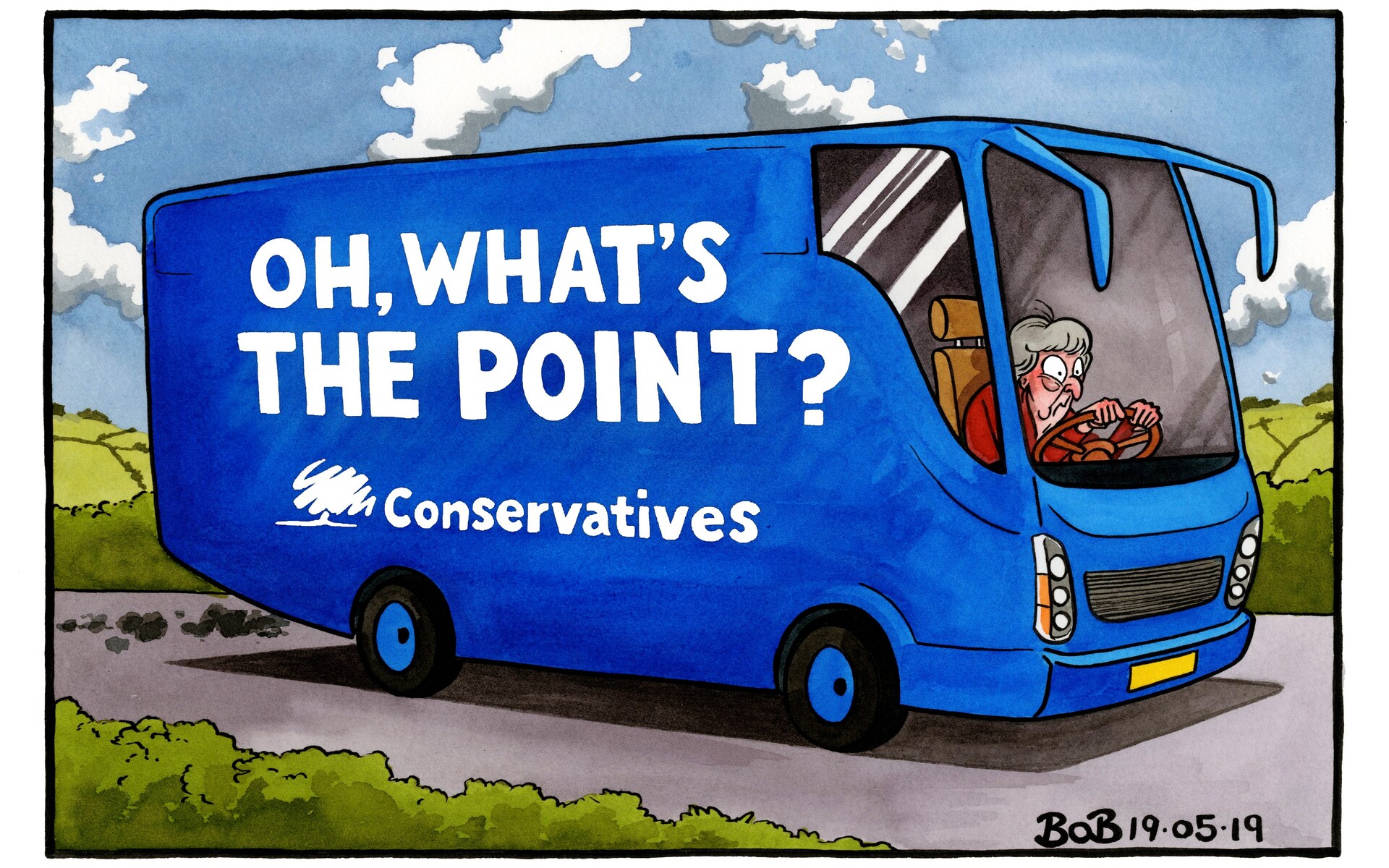 Voters have a clear choice on Thursday in the European elections. There is a fresh, bright option on the ballot paper to consider. So will you vote for more of the same, two-party political set up, with the same people, the same broken promises, the same tired structures, the same party games and the same waste of our taxpayers cash? Or do you decide that enough is enough, and the current system does not work for the country, its people and future generations? Do you choose to stick to the same old status quo, even though you know in your heart of hearts that the country could do so much better and be much better run? I hope not. Because our potential is so much greater.

Like buying a new car, voters have a choice here – to remain with the same large, complacent company whose vehicles might sound OK but are filled with old technology and ultimately likely to be unreliable, or to take a joyful leap to a new manufacturer, with fresh technology that everyone is talking about, sometimes in whispers, sometimes in open conversation, but almost always with excitement.

The Brexit Party, which I chair, was launched just over five weeks ago. This is my first campaign, and the experience has been electric. We have toured the length and breadth of the country, holding big rallies that tens of thousands of people have attended in person and many millions have watched on live streams and social media. I have been truly humbled by the incredibly positive reception. There is a huge appetite to change politics for the good in our country, so that it works for the people, not the same old establishment. But I have also seen the resentful, dirty tricks of the old Westminster guard.

The Brexit Party has 70 candidates, and the vast majority have never stood for public office. We are successful achievers in our respective walks of life. We have come together under this common theme: it is not about Left or Right, it is about right or wrong.

Shockingly, trust in democracy is under threat. The people spoke clearly in the EU referendum, but almost three years on, the political class has failed to carry out the instruction of the people. They promised, in the referendum and in the following general election, to respect and deliver the instruction. But now both main parties are seriously considering doing a dodgy deal together to fudge Brexit, so that we leave in name only. They are seriously considering a second referendum and have candidates in this European election who want to stop Brexit.

If you vote for the Brexit Party, you do so knowing that talented, exceptional new people with a successful track record will come into politics. This is, in my view, the highest-quality group of candidates that have stood for public office in a generation. Many more great people are already applying to be general election candidates for the Brexit Party. We are not just about the European elections. We want bold, ambitious reform of the way our country is run.

In the world of business, where I come from, it is always right to back outstanding people; to invest in those with a track record of getting things done, making stuff happen. If we can tempt such people to come into politics, everyone will benefit. Imagine if the country was run like a successful, growing business. We would all be in a much better place.

You know that wherever you look, our taxpayers’ cash is being wasted on a massive scale, whether it is blowing tens of millions on ferry contracts to companies with no ferries, wasting £150 million on an election that should not be needed, giving £39 billion to Brussels just for the right to talk about a trade deal or spending approaching £100 billion on a new HS2 railway that most people know is the wrong answer in the wrong place.

We are talking about serious sums of money. A fraction of these sums would transform the NHS and social care, just to take one example. We all know there is more waste in the system.

We can do so much better. Brexit is a huge opportunity under the right, ambitious leadership. This is why I hope voters will back the new, fresh, bright option, the Brexit Party. If you do that, you will be investing in successful people who are serious about changing politics for good, and serious about running this country properly so that it works for the people.