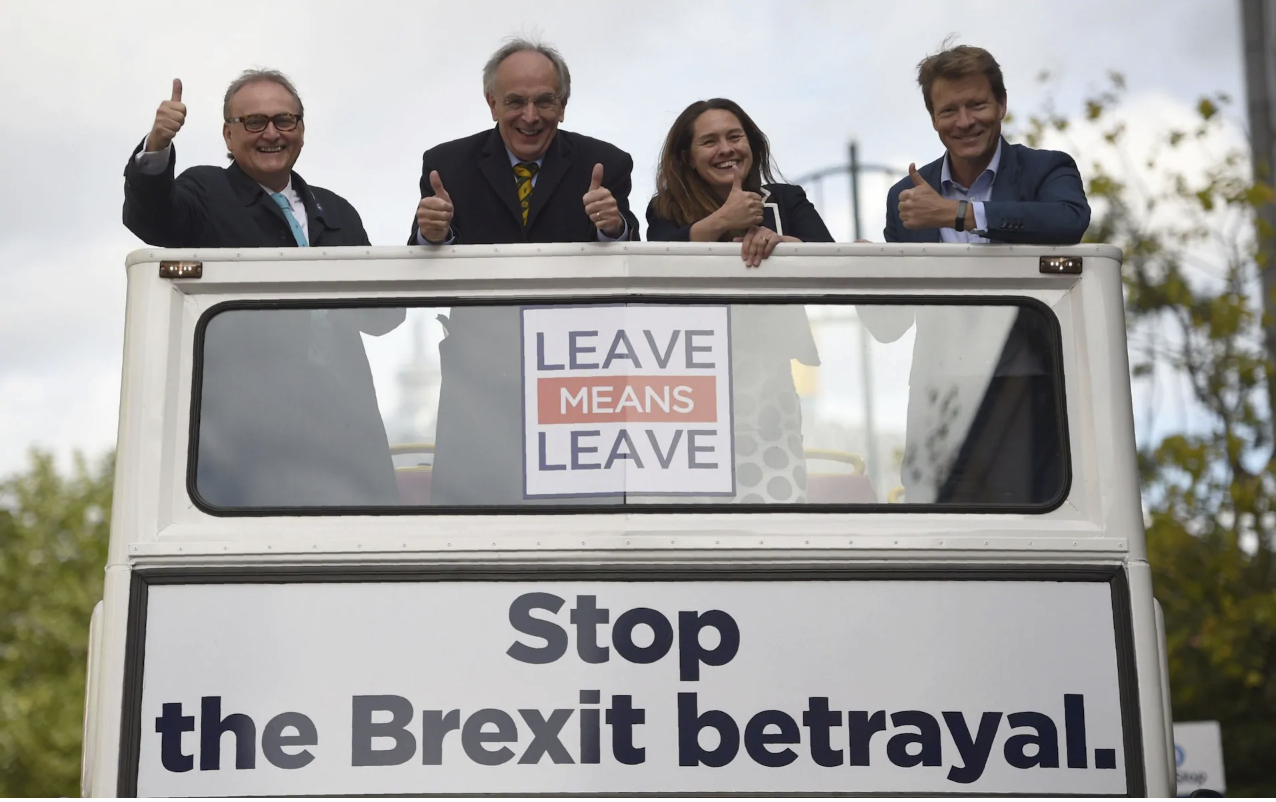 We are about to witness some of the most important political decisions certainly of our lifetimes and most probably since the fateful year of 1940. While it was the clear mandate of the country to simply leave the EU (the referendum question never mentioned a deal) and two-thirds of UK and three-quarters of English and Welsh constituencies voted for this, there are a majority of MPs in Parliament who are determined to frustrate this outcome.

Parliament has stripped the Government of its remaining negotiating lever, the determination to choose no deal rather than a bad deal and, as a consequence, Brexit-supporting MPs are now left with an apparently invidious choice between voting for the Prime Minister’s deal, with or without Cox’s so-called “codpiece”,  (a codicil suggesting an end date to the fabled “backstop”) or facing the likelihood of an extension of Article 50.

This is not to say of course that Number 10 isn’t delighted with this outcome having regard to their determination for a “close and special relationship” ie not leaving.

Without an end date, the UK will pay £39 billion (around £2,000 for the average family) for no say in EU affairs and be permanently trapped in the orbit of Brussels, having sacrificed all of the advantages of leaving.

Even with a cast iron guarantee that we could choose to leave,  all of the above would apply for upwards of two years during which we would be at the mercy of the EU.

Furthermore, there would be no guarantee that a future UK  Parliament of the day would exercise a decision to break the backstop, which would likely require us being prepared to leave without a deal.

Exactly the position we face but Parliament is rejecting now, but having suffered a further long period of uncertainty, while being tortured in a sort of purgatory. While some of the electorate may be fooled into believing this “Brexit in Name Only” (Brino) satisfies the democratic will of the people, it will not take long for much of the electorate to realise they have been duped and a large tranche will likely never forgive our politicians and particularly the Government on whose watch this deceit took place.

Let us be clear, voting for the Withdrawal Agreement (WA) and Political Declaration (PD) will define the future negotiations. The WA and PD are a starting point to be pursued in good faith. Even with a codicil or similar, we will end up as close to the EU as to be in the EU. This will be especially the case given the current leadership, negotiating team and Parliament. Voting for May’s deal is voting for not leaving.

We would urge Conservative MPs who may sincerely believe that this route is the best for the delivery and preservation of Brexit to reflect, as it is unlikely to produce the result they seek.

The alternative of an Article 50 extension risks a similar period of uncertainty.  Since it would serve no purpose, an ostensibly short extension would undoubtedly be sleight of hand for a further and subsequent long extension, while seeking to avoid EU elections.

It has been strongly trailed that an extension would lead inevitably to a second referendum, particularly now that the duplicitous leadership of a chaotic Labour Party have caved into the metropolitan elite while sacrificing their heartlands in the regions, further exemplified by the fragmentation and splits on the left of British politics.

This most ironic given that the protectionist EU is certainly designed to maximise the interests of the few at the expense of the many.

However, there is no sign that even this Parliament has the appetite to face the pain that a referendum would entail, not to mention that it would represent the final undermining of democracy and destroy the last shred of trust that the electorate has in our political class. It would also lead to the worst possible outcome for the establishment, a larger majority still for leave as an outraged electorate assert their insistence not just for Brexit, but also for democracy.

The establishment would have at long last to stop viewing democracy as merely a way of obtaining consent for what they want.  Lip-curlingly for the establishment, populism is an expression of what the electorate want, in this case, actual Brexit and some respect. Shock, horror.

It has been similarly trailed that an extension would provide said establishment with the opportunity to further undermine Brexit so that we never leave, through further extensions, failed negotiations and, ultimately, general elections.

But will the people stand for this? We doubt it. Which party would stand on a manifesto of remaining in the EU? Not one which wishes to be elected to government.

No doubt an extension will solicit the ire of the voting public, quite rightly because it represents the combination of incompetence and duplicity that has characterised the exit negotiations and the machinations of a Remain Parliament.

Nonetheless, it provides the opportunity for the UK to continue to negotiate from a position of strength, particularly as voters call to account the MPs who have not sought to deliver the instruction of the referendum, let alone of their particular constituents.

It provides time for the UK to prepare fully for a “no deal” exit. It may even allow for a new negotiating team and leadership to be instituted. A negotiating team which should consist of politicians, economists and most importantly, businesspeople who are committed to Brexit.

It will allow a further plebiscite, the EU elections, enabling the electorate to quickly send a clear message to Parliament and to Brussels. Most of all, it provides an alternative to a very bad deal indeed, an alternative to Brino, which is essentially a fraud on the people, a betrayal of the country.

Of course, the PM has repeatedly said that “no deal is better than a bad deal” and it is not too late for her and/or Parliament to choose this, which is now the very best of all.

John Longworth is chairman of Leave means Leave, Richard Tice is vice-chairman, Peter Bone is a Conservative MP and member of the campaign’s advisory board, and Andrea Jenkyns is a Brexit-backing Conservative MP