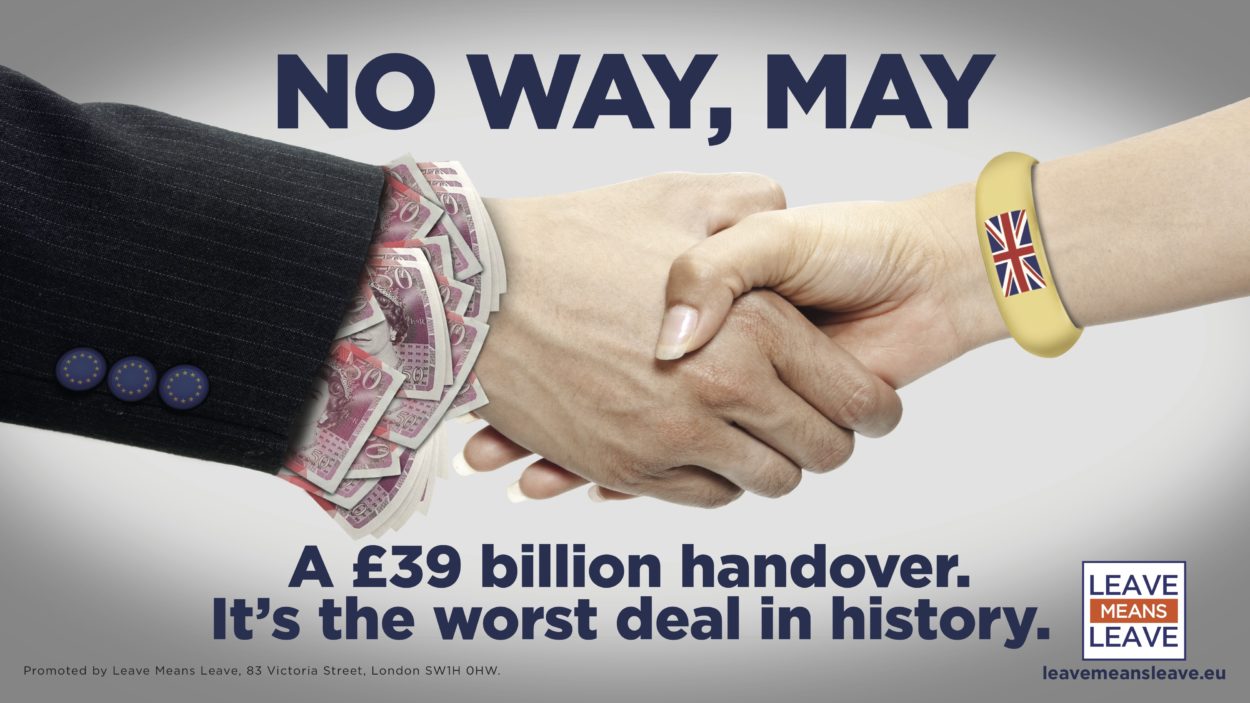 It’s incredible. Less than two years ago the Prime Minister adopted the Leave Means Leave slogan “No deal is better than a bad deal” in her superb Lancaster House speech. How quickly she has gone from hero to zero amongst Brexiteers. She has also upset large swathes of Remain supporters in Parliament who recognise that the Prime Minister’s deal would be worse than staying inside the EU.

The Prime Minister wants to pay £39 billion in return for nothing: no free trade deal with the EU, no ability to set our own trade rules, no freedom to do trade deals with other nations, no certainty over fishing or Gibraltar. Instead she has won, after thousands of hours of negotiating, a mere promise to discuss all this stuff in the future, but only if we behave well over the next couple of years.

If that wasn’t bad enough, her deal would give the EU a backstop veto over all these matters and maintain the European Court of Justice’s strong role in our affairs. Finally, she wants to put Northern Ireland in a different regulatory area, part inside the EU, different to the rest of the UK.

Ultimately, she wants to padlock our beloved nation into a straitjacket and give the keys to the EU, who will have no incentive at all to unlock us from our penury. Even without the backstop veto, this is still a truly terrible deal that MPs must reject.

This is why Leave Means Leave have today launched a new national campaign of adverts to spread the message about the worst deal in history, across regional and national newspapers, websites, and social media. Thousands of volunteers are delivering leaflets urging voters to write to their MPs to reject her deal in the Commons on 11th December and whenever else. We are holding a major cross-party rally with great speakers on 14th December in central London.

We will not let up in our efforts to ensure that this Prime Minister, with her careerist, complicit Cabinet, do not sell our great nation, our proud nation, our strong nation, down the river in the worst ever deal in history. Play your part: write, donate, protest. Visit our website to learn how you can get involved.