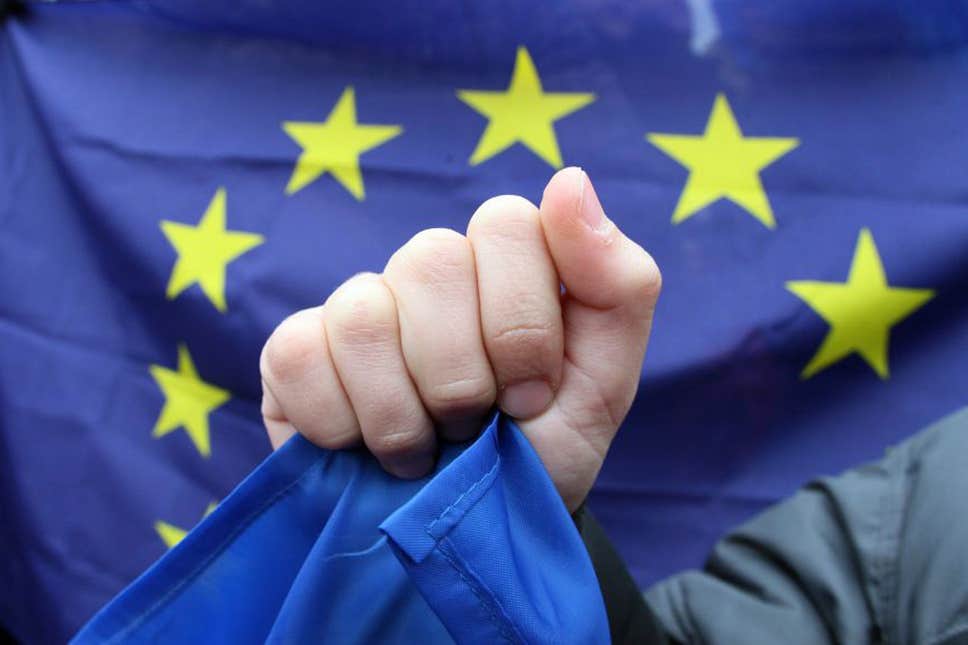 Britain is a country of extraordinary creativity, ingenuity and opportunity backed by a long-standing legal tradition of fairness and stability. The referendum on June 23 is a critical moment in determining, perhaps for a generation or more, the path we want to take.

We can choose a confident democratic path of self-determination, decision-making much closer to the people and an open global approach by voting to leave — or we can continue down the remote, highly regulated and economically destabilising grip of the EU as it continues to centralise in an attempt to double the bet on the failed single currency.

Do we wish to develop what is best about the UK, notably stable democratic government, tolerance, an open, dynamic and lightly regulated economy, while embracing the wider world? Or do we wish to increasingly lose our ability to hold our politicians to account and shackle ourselves to the slowest-growing and most-underperforming region of the planet?

If we vote to remain, that will be the green light for further EU federation with only a fig leaf of democratic accountability. What is certain is if we remain, the EU will continue its inexorable motor towards fiscal union, increasing powers over welfare, spending, migration, justice, security and the like. David Cameron’s renegotiation did not bring back one single directive and only by leaving can the UK regain its self-confidence and self-respect. I don’t recall voting for President Jean-Claude Juncker, did you?

What is more, the EU’s record of delivery in almost every area it touches is one of abject failure. The euro has caused massive social upheaval, migration away from depressed regions and youth unemployment in excess of 40% of the population in many areas.

Regulation, inefficient energy procurement and ineffective trade policies directed by the EU have harmed our industry and directly undermined trade with some of the poorest nations on earth through the tariffs of the Common Agricultural Policy.

Further, the dismantlement of EU borders from Athens to Antwerp greatly harms security in the EU, as pointed out by the former heads of MI6 and the CIA, Sir Richard Dearlove and General Michael Hayden.

The EU is sometimes supported by big business as its regulations put up prices and drive smaller competitors out of business. They have a vested interest in perpetuating a corporatist and declining model which drives down wages and puts pressure on housing, education and the NHS.

London thrives on the competition and diversity of ideas that is under threat from the EU, which has spread dull uniformity, high costs and poor regulations.

The capital has benefited from a degree of migration. However, the sheer scale of flows in recent years has been one of the main factors behind creaking services. Directly as a result of this school places are now as rare as hen’s teeth as London’s population swells and pressure on medical services is acute.

Unfettered EU migration has impacted the young particularly hard. The chairman of the Remain campaign, Lord Rose, has confirmed open borders have depressed wages. You do

not need a degree in economics to understand if the supply of labour greatly increases wages fall, particularly for those starting out and the less well paid.

Housing is an area where the loss of our ability to control migration has perhaps been most severely felt. Uncontrolled EU migration has increased pressure on a relatively fixed housing stock. It is not the only factor driving up rents and house prices but it is a very significant one. Free movement sounds all very well but the unintended consequences are to drive down wages while increasing pressure on housing, schools and hospitals. The EU’s insistence on unfettered free movement is greatly negatively impacting the living standards of the next generation and the less well off in particular.

I have been struck by just how negative the pro-EU side are. The claims of doom and despair become more extravagant by the day. Take just one example they make, that the age of cheap travel will be over. A cursory look at easyJet’s website shows a flight to Agadir, Morocco costs just £31.99 one way, slightly less than the shorter trip to EU member city Rome. Cheap air fares are down to innovation, not the EU. It is a global phenomenon. The Government undermines its position by making unsubstantiated claims.

The UK will prosper outside the EU. We will continue to offer friendship, cultural exchange and trade freely with our European neighbours. However, regaining our independence will also allow us to regain our confidence, adopt laws that are far more dynamic and more suited to local needs than the remote and stale approach of the EU. It will encourage us to explore wider global opportunities.

This country is considered the world’s greatest soft power. We are a member of the UN Security Council, NATO, the World Bank, the IMF, the Commonwealth and 96 other global organisations. We will regain our vote on the World Trade Organisation.

Leaving the EU will re-energise this great country of ours. We will not be isolated; on the contrary we will be fully globally engaged. The EU has failed in almost every aspect of its reach and yet it continues to amass more and more power. This is perhaps the only opportunity many of us will get in our lives to say enough is enough.